I know because I went to one, too. I paid attention to how they were there. Did they bring their children?

How did they comport themselves? How were they dressed? What cars filled the parking lots? What were the side conversations in stairways and lines for the bathroom? At the Donald Trump rally I heard white women swoon at the thought of catching his eye from the stage. Women in their fifties giggled like school girls over how sexy he is.

Young but infirm white men and women on crutches and in hoverrounds and walkers with the little wheels on the back legs screamed about how Obamacare was ruining America. And black men sat silently in corners, nodding almost imperceptibly when he talked about trade.

South Asian and east Asian groups for Trump littered the hall with signs and t-shirts showing their support. Young people cheered when Trump said he would arrest Hillary and cage in the inner cities, wearing jerseys fresh from or to some sporting practice. Johnathan Chait once chided Ta-Nehisi Coates for his hopelessness. If there is a more persistent demand of the marginalized and oppressed than that they perform hope for their benefactors, it is difficult to find it. 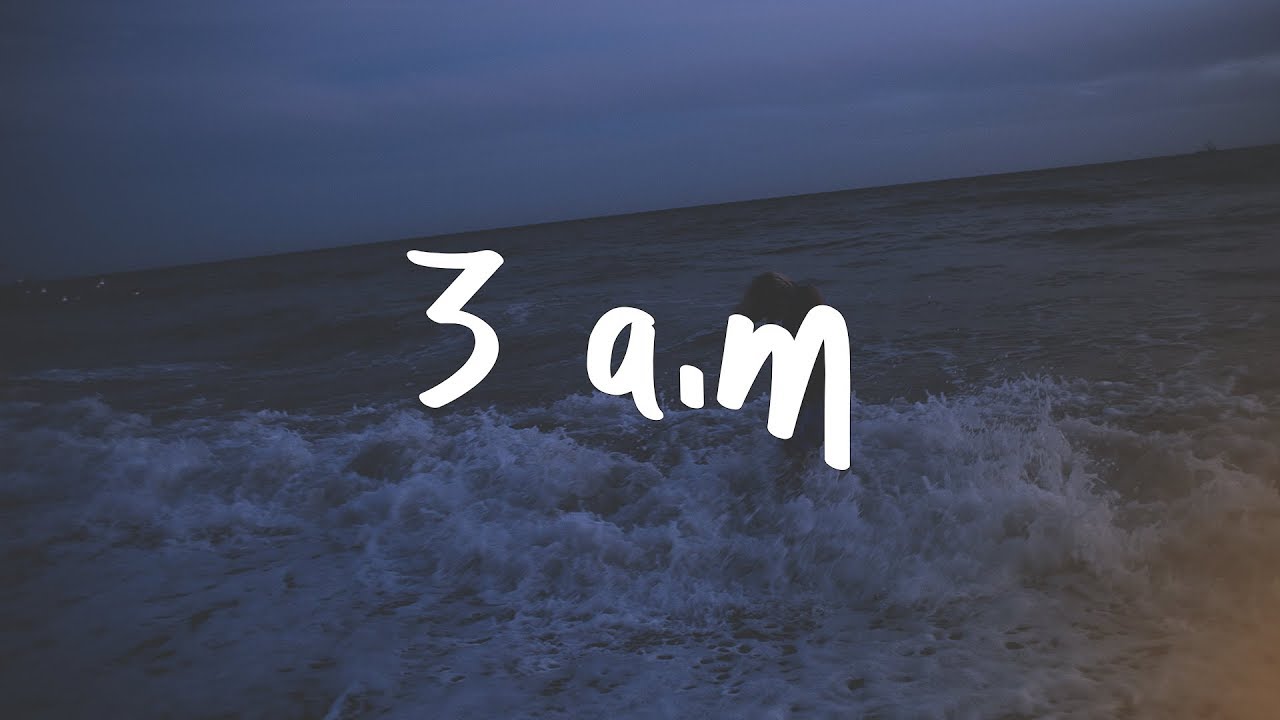 We have, of course, a nomenclature problem. When white allies want us to be hopeful what they really mean is that they require absolution in exchange for their sympathies. And, when black people say that they are plenty hopeful we tend to mean that our hope is tempered by a deep awareness of how thin is the veneer of white civility.

Professionally smart people who claim to know our collective heart really like straight lines. First, there was the enlightenment and then some unfortunate business about colonialism and black ocean bottoms. Then there was freedom and the Great Society and smartphones and the browning of America.

Sociologist Karen Fields and historian Barbara Fields have this wonderful analytical concept called racecraft. I like it a lot for many reasons. Chief among them is the clear articulation about how rational hopelessness is and how radically necessary it is to any kind of progress for a society so embedded in racial hierarchies as is ours. Racecraft is the great story about what race is and what it can never be for race to persist as a powerful social category. Racecraft is the debate about whether Trump voters acted out of partisanship or economic anxiety, out of sexism or racism because plain old racism is simply too blunt a tool to explain such complex social behavior.

Mind you, partisanship literally means just voting like lots of other people vote out of loyalty. Racism, in contrast, is a cohesive analytical framework that accounts for the complex ways that identities and ideologies shift over time. One of those concepts is as complex as the phenomenon in question but only one is dismissed outright as foolish. Racecraft necessitates that facts and truth, as Mark Zuckerberg intoned this week when Facebook was indicted for facilitating the spread of fake news stories, are always fundamentally unknowable. A social fact, even, as sociologists often call it.

Racecraft has to allow for science that refutes the existence of races while also proving that there is such thing as races. Racecraft is how the only folks who see things clearly can be the ones accused of having a blind spot. That is why professionally smart people require all members to the club have irrational, exuberant hope. But, the black members have to have the most irrational and exuberant and performative hope.

We have to pay this tax to the professionally smart because our blind spot is so discomfiting. We come with the baggage of lived experience of racism. You hear it already, the calls for liberals and democrats to get back to hope as quickly and efficiently as possible. The call is loudest and most pointed when aimed at the black voters and the women voters, god help us, the black women voters. They cannot be bothered right now with our casual hopelessness that has always already lived with the dystopia promised by a President Trump.

Everything from reversing Roe v. Wade and police surveillance to mob rule in public discourse and delegitimized claims to citizenship have been true for us for a long time. The America many professionally smart people woke up to last week is the America many of us have already lived in for at least as long as this memory shut up in my bones.

The irony is that despite our hopelessness, black voters worked overtime to defeat Trump. We did this despite having more barriers to voting than almost any other part of the electorate: gerrymandering, voter ID laws, time constraints, and voter intimidation. Just like we have always showed up.

We have showed up to free ourselves, to free the immigrant others who came after us, to perfect this union against its will, and to make democracy great one day. My hopelessness is faith in things yet seen and works yet done. Hopelessness is necessary for the hard work of resisting tyranny and fascism. It is a spinning top that eventually moves forward but also always goes round and round as it does. Those erasers applied post-mortem confuse us to this, blind us to the defeats that will come and ill prepare us for the reality that most of what we believe in will not come to pass in our lifetimes.

A transactional hope is anathema to social progress. I knew this America could elect a President Trump.


It is precisely because I always knew it, bone deep, that I worked so hard to stop it. Do you find hope in what is happening in North Dakota as people come together to protect our planet. Hi Sinclair Lewis… I realize you are asking Tressie about this, but anyhow, the tribes from all over have expressed gratitude for the help of the different allies. Nor should it be. Some tribes allow drilling and want to make revenue. What the fight for overall is to stand against complete erasure of their peoples. Common ground is harder when your ground has been completely stolen from you, etc.

So when they are kind and gentle and peaceful… they are not having thanksgiving with you. Hope like what Tressie seems to be saying too…. Thank you for not diminishing the severity of the situation while still maintaining realistic hope in people.

Finding Hope and Meaning in Suffering

I needed this. I had been trying to think was to say because if felt important to respond and you said found the words. Hope is elusive in the presence of Standing Rock water protectors and Michiganders protesting antiquated oil pipe line under Great Lakes. I was one of those who sat smugly on the couch, surprised and horrified, as each state fell for Trump.

Thank you, Tressie, for expressing so well the reservations I have been trying to explain for years — and, sadly, given up on trying.

What can Finding Hope do for you?

Although neither Black nor a sociologist but read a lot and did a DE, I am a woman not from but who grew up mostly in the the very Deep South though the 50s and early 60s, lived overseas through the 60s, came back, escaped early 90s. Black voters saved Louisiana from David Duke in I have some idea how thin the veneer is and how easily it could crack. For over 50 years. Now what? Tired but not stopping. Erasure is woven into our history, self-concept; embedded in our institutions and culture.

To erase is an especially American enthusiasm, although we would never call it that. These are some of the people most familiar to me, I walk among them, speak the lingo, share the culture and I am one of them until I diverge and step off the line or out of line. This essay is one I will return to often.

To reorient, to settle and prepare, to take my next cue. This essay brushes the last scales from our eyes so that we can genuinely see the work before us. Pingback: The refusal of transactional hope. I just wanted to drop a heartfelt thank you for this post. Thank you for your work. Thank you for your foresight, determination, grit and courage. Salutes to you. Spot on analysis and an open mind throughout.

I clearly read something different then everyone else. I see no hope in her words for America. Looking forward, generation after generation will be just like the generations before. Mostly white like me , and mostly racist. Until this election, I had fooled myself. Now, I have no illusions. This year could easily be Pingback: Everything mattered: lessons from 's bizarre presidential election — Brexit What Next. Thank you for writing this.

You have managed to unscramble the thoughts in my head on this subject. Like you I thought that the election of President Trump was a viable possibility. That leads to the failed strategy that all that you have to do to win is to get the non-racists and non-sexists to the polls. There can be different kinds of hope — the kind that says, gray skies are gonna clear up, and the kind that says, no, skies are always gray, but we can still make it better if we all work on it.

Finally, I am smarting at the line about how white folks like me require absolution in exchange for sympathy. Pingback: Life Update and Exciting News! Thanks for eloquently giving voice to thoughts in my head. I am not even mad, just tired and sad for those in the next generations, and wishing we had come further along the line of advancing humanity.

The Duct Tape Marketing podcast covers everything from earning referrals to managing time and being more productive. Pre-order your copy of The Self-Reliant Entrepreneur. Details here.


The book is structured around daily readings from some of the great works of […]. Read More. He is the founder of Sticky Branding and the author of several books, including the forthcoming Brand New Name. Miller first became interested in branding when he […]. Listen to Podcasts. This website uses cookies to improve your experience. We'll assume you're ok with this, but you can opt-out if you wish.